CHAOS IN THE CLASSROOM: WHY YOU CREATE AND HOW TO MANAGE A DIFFICULT CLASS

The dream of every teacher is to work with willing, interested students who respect the rules It is true: the teacher is required to juggle, as a tightrope walker, between disciplinary, psycho-pedagogical, relational and didactic competences, but, sometimes, the instinctive reaction to a difficult class is only to want to cover one’s ears and run away Street. And maybe you feel inadequate.

Or you scream and use an iron fist, perhaps useful to maintain discipline, but in the long run counter-productive , given that you end up generating discontent and disaffection for the school. Instead , students should be involved so that they are motivated to scholastic success, and create a productive learning and work environment. In short, with the sole discipline the order is maintained, but the class is not managed.

That students have become increasingly difficult is not just a perception: according to a research by CeDisMa (Center for Studies and Research on Disability and Marginality) of the Catholic University of the Sacred Heart of Milan , the teacher uses almost two at the beginning of the year months and a half to create an adequate classroom climate , while twenty years ago it took just over two weeks. And the change of the boys is noticed in the disrespectful behavior towards the rules (68%), followed by emotional fragility , inattention , restlessness , ease to get bored , up to the disrespectful behavior towards teachers and classmates (22%).

THE COMPLEXITY OF PUPILS

There can be various reasons why chaos is generated in the classroom. Summarizing them in a single term, the cause is complexity: “By now we have boys who bring all their needs to class,” explains Luigi D’Alonzo , professor of special pedagogy at the Catholic University of Milan.

“Once they went to school and they struggled to express them, while now the school becomes an open door to their dissatisfactions : family problems are very complex and difficult and children no longer have brakes or limits”. Thus, within the same class, the teacher has to deal with students with personal problems, with “badly educated” students, because of parents unable to give limits and rules, to students with specific learning disabilities , to students problematic foreigners if they cannot integrate or do not master the language, and obviously of anxious, lazy or slacking students. 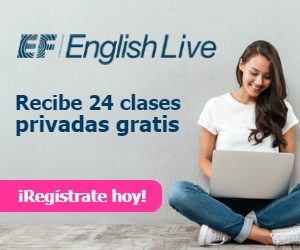